At the end of 2019, I quit my day job to work on the climate emergency.

Two years into this journey, I'm taking a moment to reflect on what I have discovered...

You can also find this episode on Apple, Spotify, Google or search 'Good you can do' anywhere you enjoy listening to podcasts.

We are in a full-blown climate emergency. The terms 'climate change' and 'global warming' simply don't do it justice.

As Michael Mann eloquently puts it in his book 'The New Climate War':

To continue to knowingly alter those conditions in a manner that threatens humanity and other life forms, simply so a few very large corporations can continue to make record profits, is not just unacceptable, or unethical - it would be the most immoral act in the history of human civilization: not just a crime against humanity, but a crime against our planet. We cannot be passive bystanders as polluters work toward making that eventuality come to pass.

Every kg of CO2 matters

One of the biggest 'Ah-ha!' moments on my journey occurred when it dawned on me that climate change is not binary in nature. It's not a single outcome that happens or doesn't happen. Rather, climate change is a continuum. Literally, every kilogram of carbon emitted into the atmosphere makes our planet warmer.

Therefore, every positive action that reduces emissions makes a difference. Awareness of this should make you feel empowered.

Climate change is happening. The world is burning. It is simply a matter of how bad we let it burn.

Lots of people are trying to help

I am blown away by the revolution that is underway in the world to take action on climate. There are scores of incredibly smart, passionate people working in this space: journalists, scientists, entrepreneurs, investors, poets, thought-leaders, podcasters, DJ's, politicians. The list goes on.

Still, it's a drop in the ocean compared to the inertia caused by big business brain-washing, tribalism and human reluctance to change the status quo.

We need more people on the climate-action bus, urgently. There is a natural tipping point that occurs once a certain number of us decide to prioritise the climate crisis. We aren't there yet but a revolution is building. Are you coming along for the ride?

Change to our way of life is inevitable, it's already happening as we speak. Don't be afraid of it. Embrace it.

The Climate Crisis is scary as hell

I have fallen into many moments of despair when I think about the absolute hospital pass we are throwing our children and our grandchildren. It's equivalent to owning the best house in the galaxy and trashing it to bits. Loading it up with debt (pollution) that we have no chance of paying back.

When hundreds of millions of people (some say 1 billion-plus) are living in countries that are so hot they are barely inhabitable, where do we think they are going to go? Do we think they will just lie down and die? I know I wouldn't. I'd be building a boat and coming for your sweet mild climate and your safe drinking water.

I don't say that to alarm you, but instead, to help illustrate that the climate emergency is about so much more than rising sea levels and what that might do to your home insurance premiums.

There are evil men in this world

The fossil fuel magnates of the world like Charles Koch are operating in a manner equivalent to the tobacco companies of the 20th century. Mr Koch and Organisations like ExxonMobil and BP spend millions of dollars every year trying to convince you that climate change is either your fault (BP invented the term 'carbon footprint') or, even more insidiously, that climate change is inevitable and there is nothing we can do to stop it (I assure you, there is).

The climate emergency is incredibly confusing

I am passionate about plant-rich diets being a powerful solution to curb emissions. Some studies say you can reduce greenhouse gas emissions resulting from your diet by 50% by removing meat (particularly red meat). But depending on which source you use and how they do the math, animal agriculture could be responsible for anywhere from just 6% of global emissions, right up to 87%.

The interpretation somewhat depends on how you measure the impact of deforestation and methane, a greenhouse gas emitted by cows that is anywhere from 20x to 80x times as powerful as CO2, depending on what time scale you are using.

If we measure the heating potential over 10-20 years, then methane (and the cows that produce it) are a massive problem. But if you spread the impact over 100 years, then it's just a small piece of the emissions pie.

With discrepancies like this, it's no wonder most of my friend's eyes glaze over when I start talking about the climate crisis.

Personally, I consider it reasonable to base decisions on the short term impact of increased methane levels. 10-20 years of more extreme weather events somewhat driven by our obsession with eating and drinking animal products is surely something to be avoided if possible.

We are conditioned to believe that eating meat is normal, natural and necessary. But is it really?

The link between the climate crisis and mental health

When I write about the climate crisis I focus on personal actions we can all take that have a positive impact. I do that because I want to be a voice of hope. I want to empower people and show them that what we do as individuals matters.

Behind my positive exterior lies occasional moments of despair, depression and exasperation. If you don't see a new episode on the podcast for a few weeks, it's usually because I have fallen into a state of deep concern over the complete ambivalence that so many people show towards the state of our planet.

But then I remember that the vast majority of humans are awesome. I love people. And isn't the point in human life to survive and love one another?

What helps lift me out of those tougher mental moments is taking action. Big or small, it doesn't matter. Just take a step in the right direction. For more on that, check out my podcast with changemaker, Leo Murray.

You can make a difference

Right now, we have a serious choice. We can keep being ambivalent about the problem and pass our children an absolute bucket full of you-know-what when we leave this earth. Or, we can make changes now so that no matter what happens, we can look them in the eye on our death bed knowing we took action. That we did what we could to help.

The most effective actions you can take:

If you are looking to devote some or all of your working time to the climate crisis, check out Project Drawdown for ideas on where to focus your efforts to have the biggest impact. They conduct an ongoing review and analysis of various climate solutions.

It's a great place to learn about the societal changes that will help us reach net-zero as quickly as possible. Some of the best solutions are not the most obvious. As an example, check out their health and education summary.

If you are wanting to optimise your career to do as much good as you can do, consider spending some time on the 80,000 hours website:

While you're here check this out...

Got feedback or thoughts? I'd love to hear from you. You can hit me back at this email address. 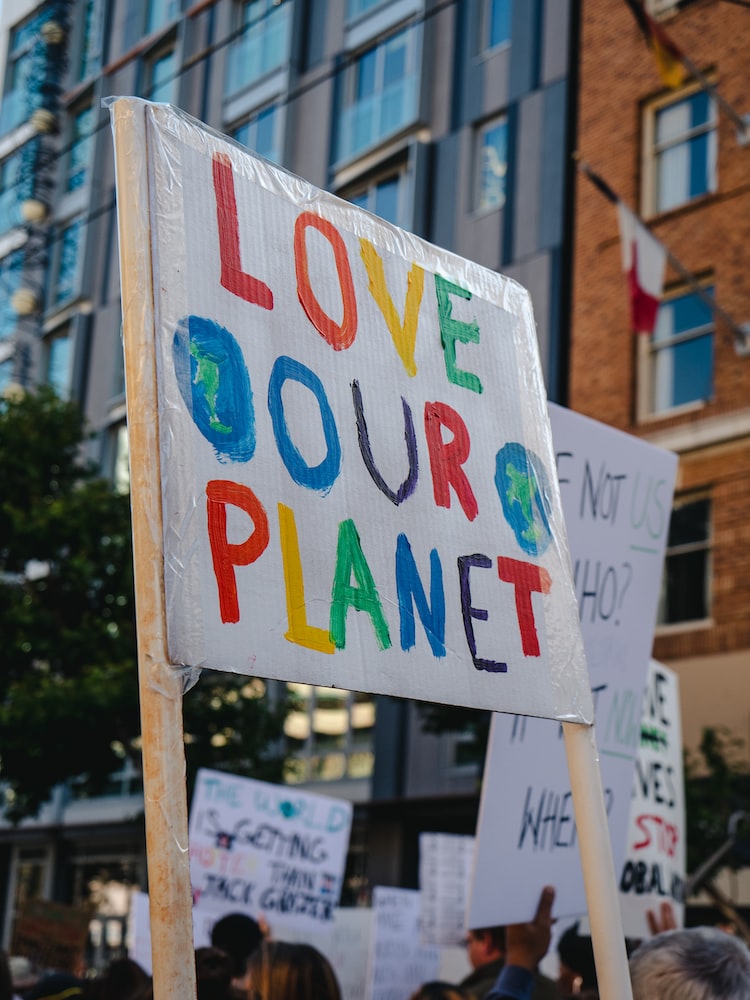 What is the best way to take action on climate change?

Click here to listen to an audio version of this newsletter. You can also find this episode on Apple, Spotify,
Nov 8, 2022
5 min read
Mar
17 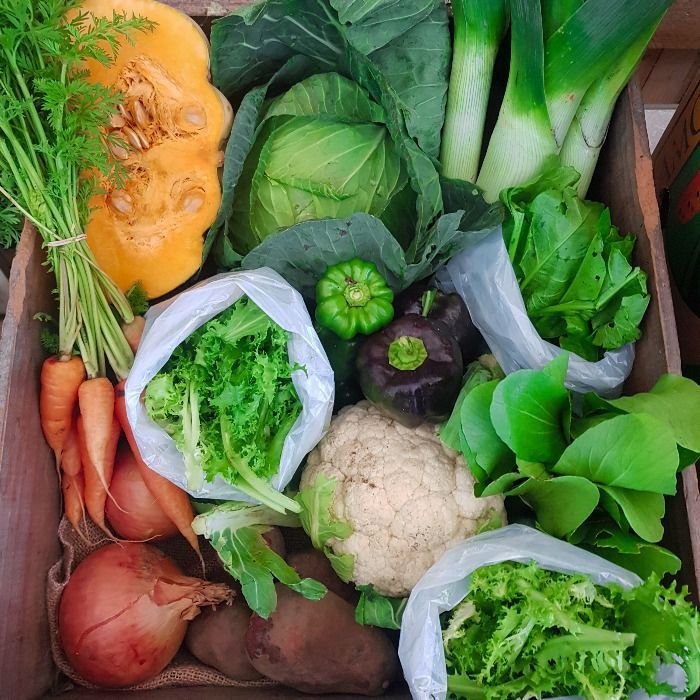 Discovering the future of food at Wairarapa Eco Farm

The Wairarapa Eco Farm was born out of a desire to produce quality food with ecological integrity. The farm is
Mar 17, 2022
2 min read
Feb
27

How to become an Earthworker

The Earthworkers course taught me how nature thrives and how I can help create the best possible conditions for life, on any land I am fortunate enough to interact with. I am no longer a home gardener, I am a microbe and photosynthesis farmer.
Feb 27, 2022
7 min read
Nov
17 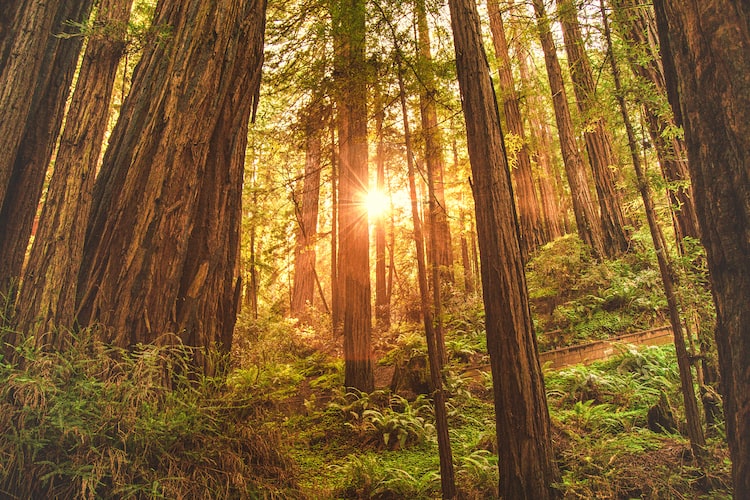 Trees and the climate crisis

If you are interested in learning more about the role trees will play in helping us get to Net-Zero emissions,
Nov 17, 2021
2 min read
Oct
13

Eddie Rakanui on finding more time to do what you love

I recently sat down with mindset coach Eddie Rakanui, one of the most inspiring humans I know (and a very
Oct 13, 2021
1 min read